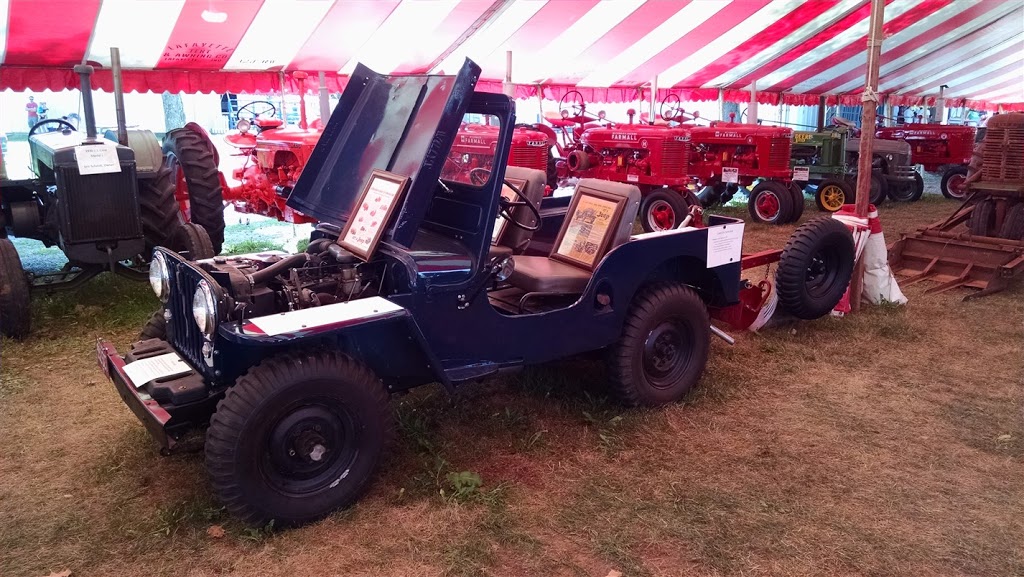 Farm Jeep is at the county fair this week.  We were at the fair a couple of years ago, but without the plow attached.  We were given a blue ribbon for “best in class”.  As the only jeep in the tent, we were pretty sure we could repeat that feat.

This year has been different.  We were given a prime location at the front of the display, in the center of the tent.  The jeep had been a big draw at its last appearance and the organizers want it to be in a prominent spot.  We have the same display we use at tractor shows and visitors receive a brief bit of farm jeep history.

When we arrived at the tent for our daily visit, the director of the exhibit said that judging had taken place and we had been awarded a ribbon.  We walked around to the jeep and there where 3 ribbons hanging from the mirror!  The jeep was sporting Reserve Grand Champion ribbons.  Pretty cool… 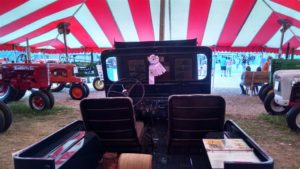 The judge for the exhibit was from northern Indiana.  He had divided the exhibit in to two classes; general tractors and agricultural machinery.  The latter class included self propelled machines and tractors with attachments.  With the plow attached. the jeep was included in this class.  There were only 5 machines in this class, so our odds were good.  Still we enjoyed the recognition.

Since we were number 2, we were curious about the winner.  It is a beautifully restored 1938 Allis-Chamlers WC tractor pulling a 1941 grain harvester.  This exhibitor had also provided some history and that is, we are sure, one of the reasons it received the Grand Champion.  Congratulations!